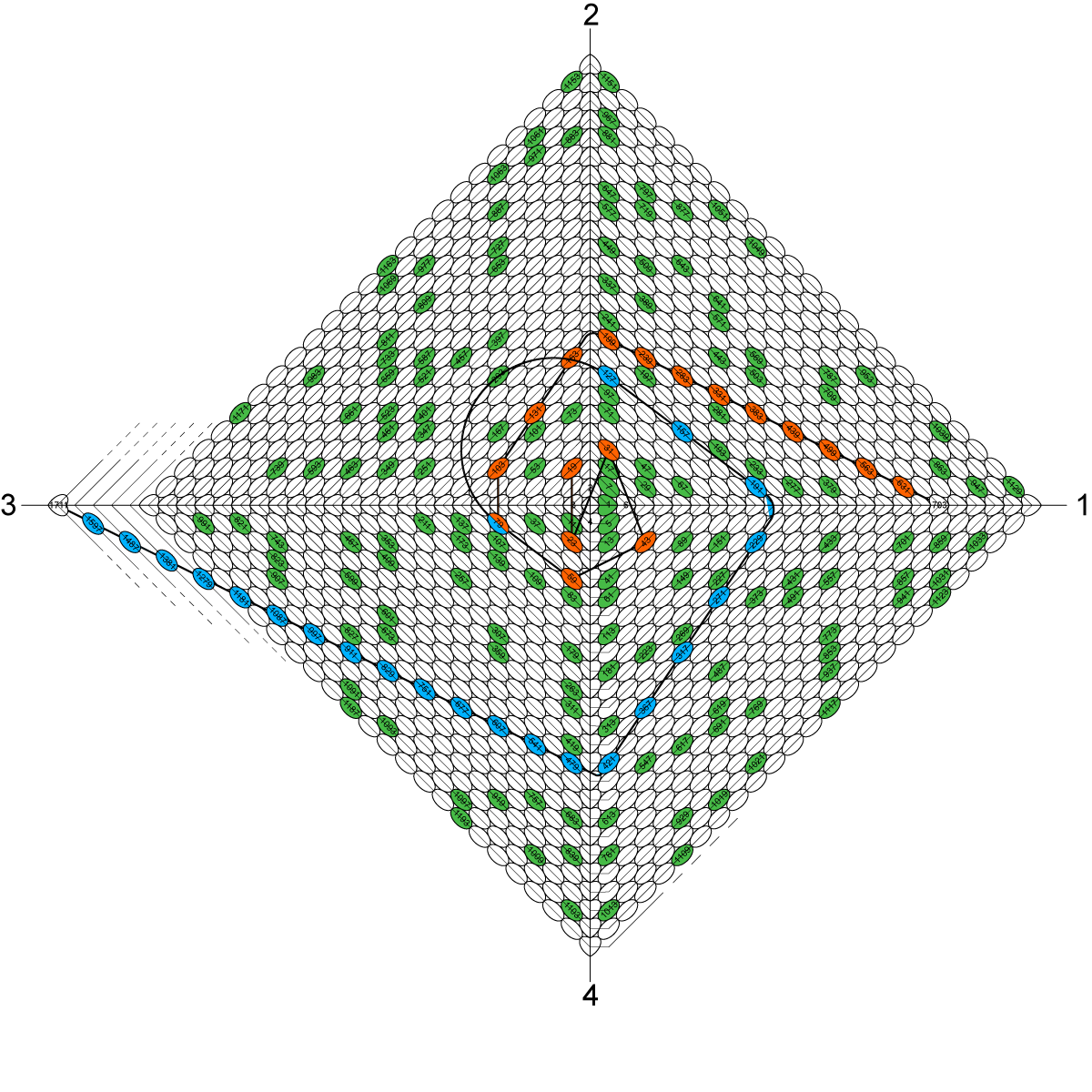 In the drop-down menus of “polygonal spirals” & “polar Spirals”
other Ulam-like spirals are illustrated, and it is worth examining
to see if they have any ‘utility’, meaning if they reveal
interesting rows of prime numbers.

To look for such rows the tetragonal spiral was chosen
because of all the polygonal spirals it is the closest to the
standard Ulam spiral, see in Fig’s. -#1 & -#2.
The tetrapolar spiral in Fig. -#1 reveals
interesting prime number rows.

Following the numbers of the blue row in table -#1
from its highest number: “1597”
to its lowest number: “79”
the row remains completely ordered, algebraically.
But in he spiral that row becomes increasingly chaotic
each time it crosses over a sector-line.

Following the numbers of the red row in table -#2
from its highest number: “631”
to its lowest number: “19”
the row remains completely ordered, algebraically.
But in the spiral that row becomes increasingly chaotic
each time it crosses over a sector-line.

But:
when these rows are located in a tetrapolar spiral
they remain entirely ordered because
the rows are not disturbed by the sector-lines
any time they cross over them.
See this in Fig. -#1. of:
Utility (2).

Therefore:
the tetragonal spiral is a competent tool only for
displaying those rows that do not
cross over any of the sector-lines. 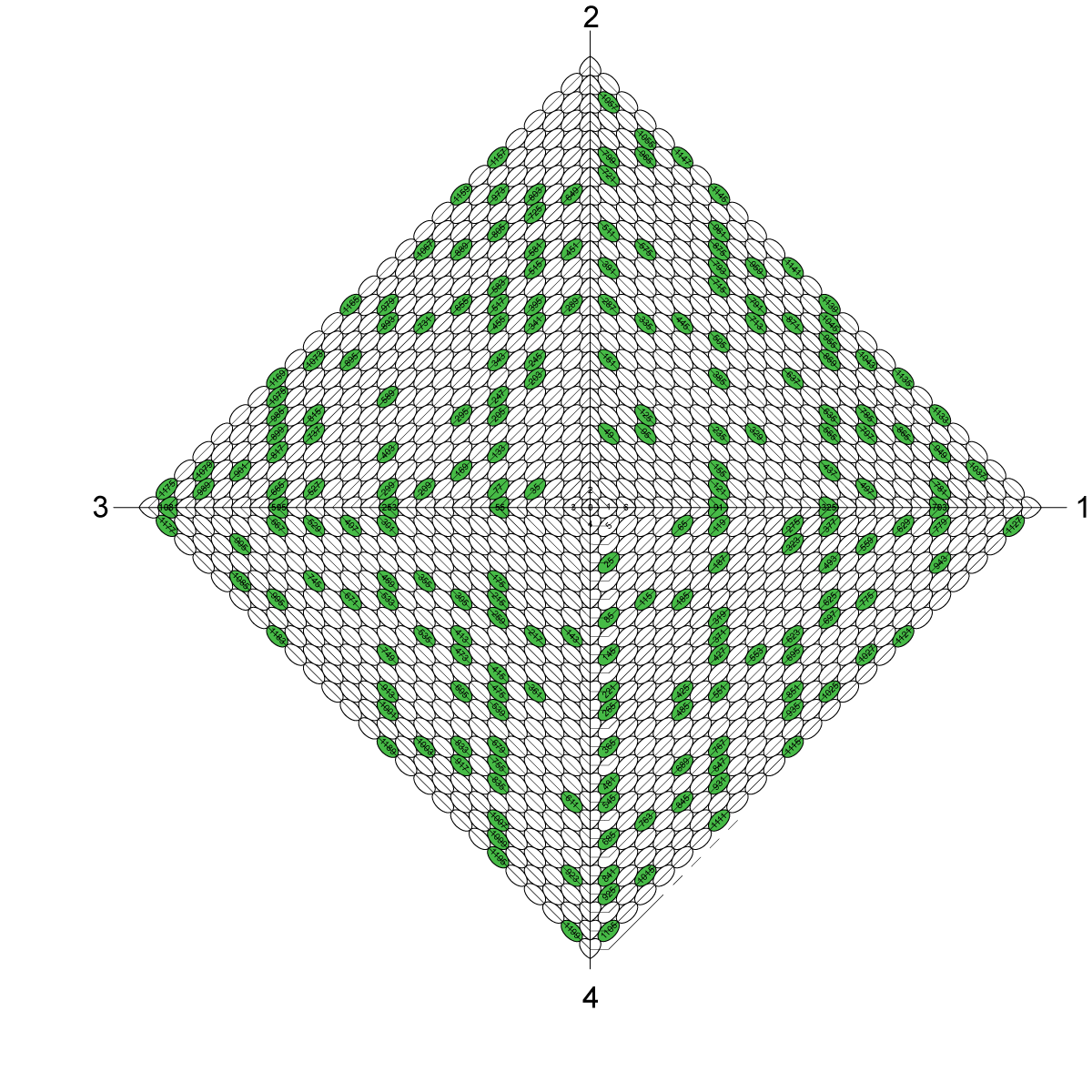 The tetragonal spiral -and other polygonal spirals- aren’t
competent tools for finding rows that cross over any of the sector-lines
because these lines disturb the geometry of
the rows when they cross over these lines.
But:
among all the other rows there may be
many that are lengthy and of interest.

Fig. -#2 is shown as a reminder that similar rows can be fund
when searching thru spirals composed of composite adjacents.