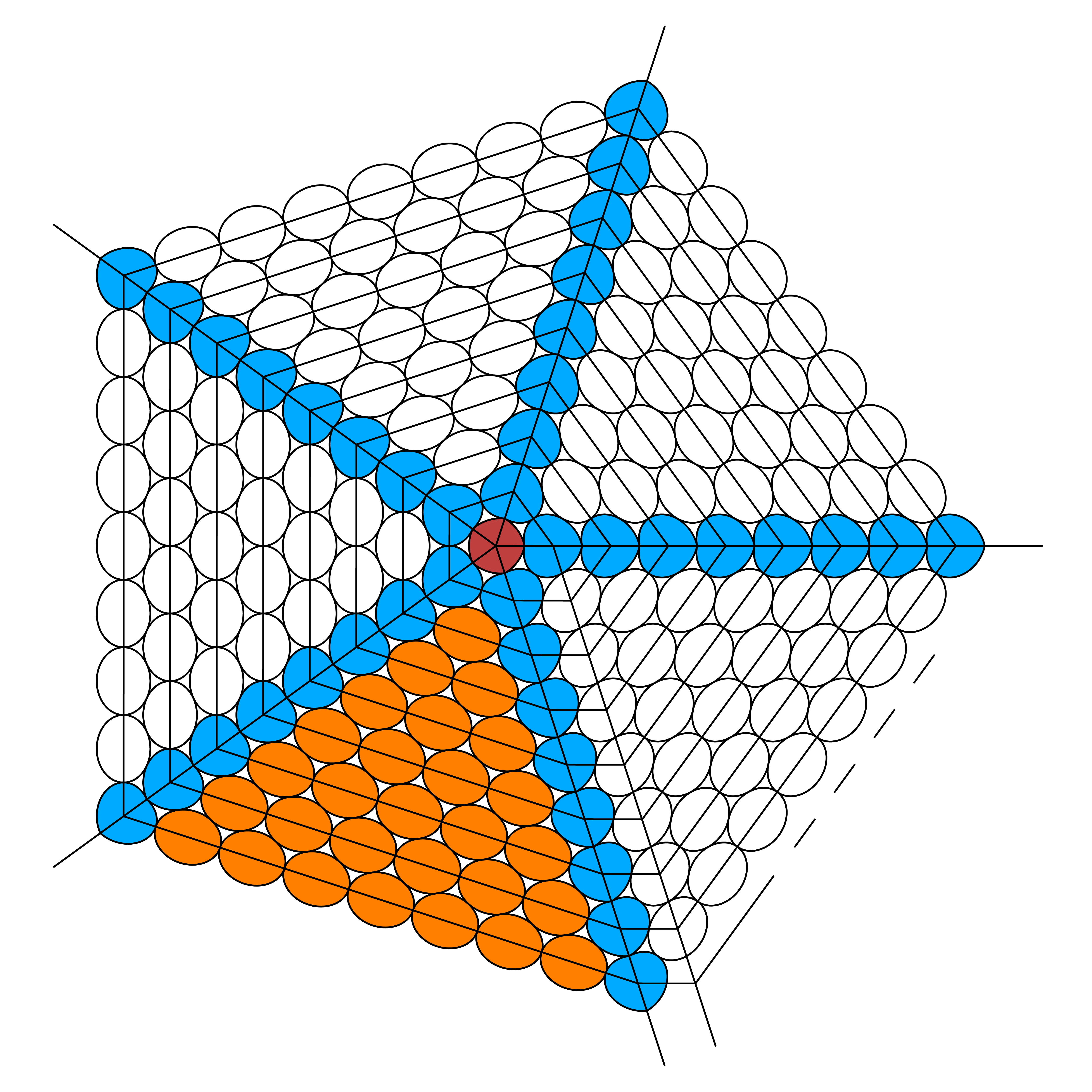 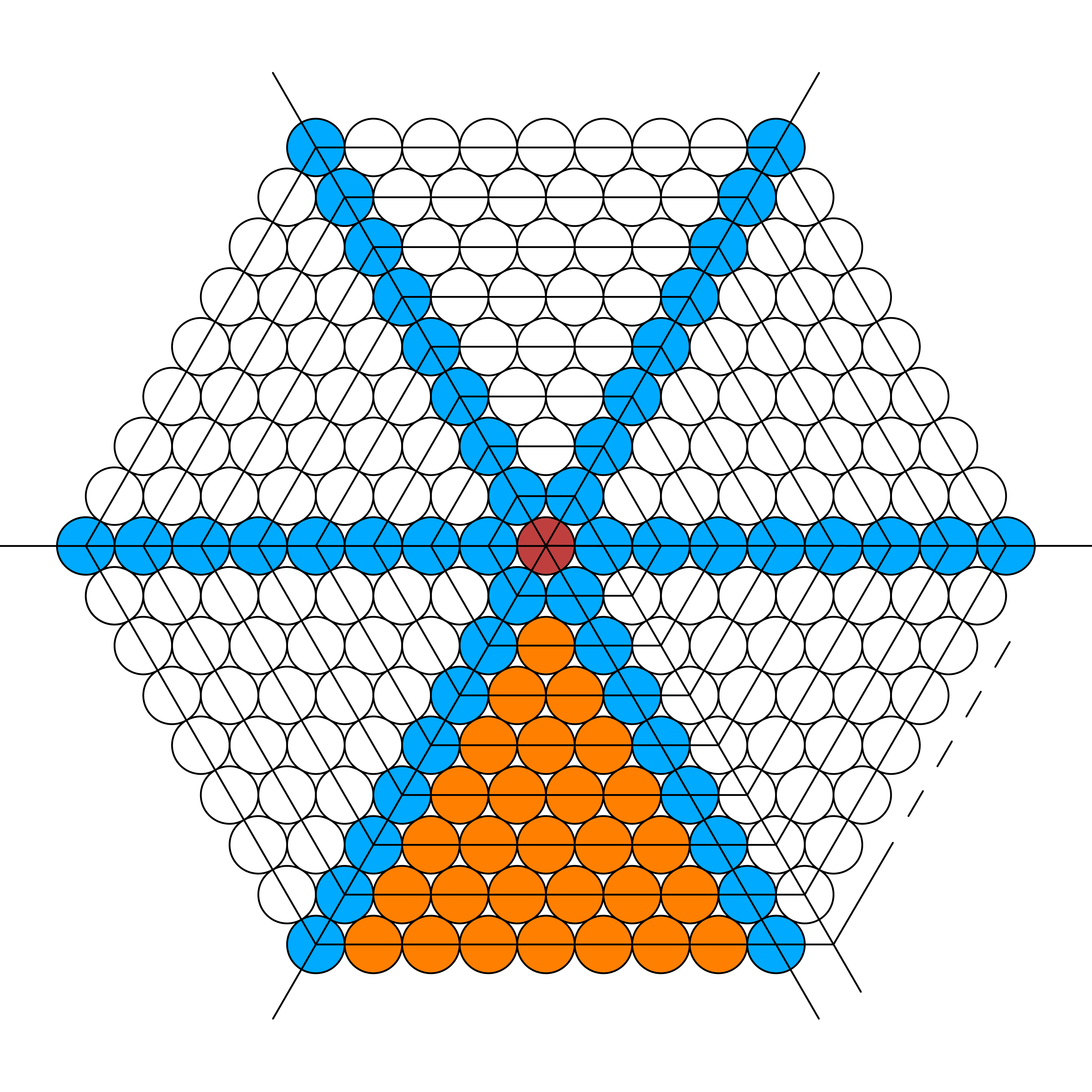 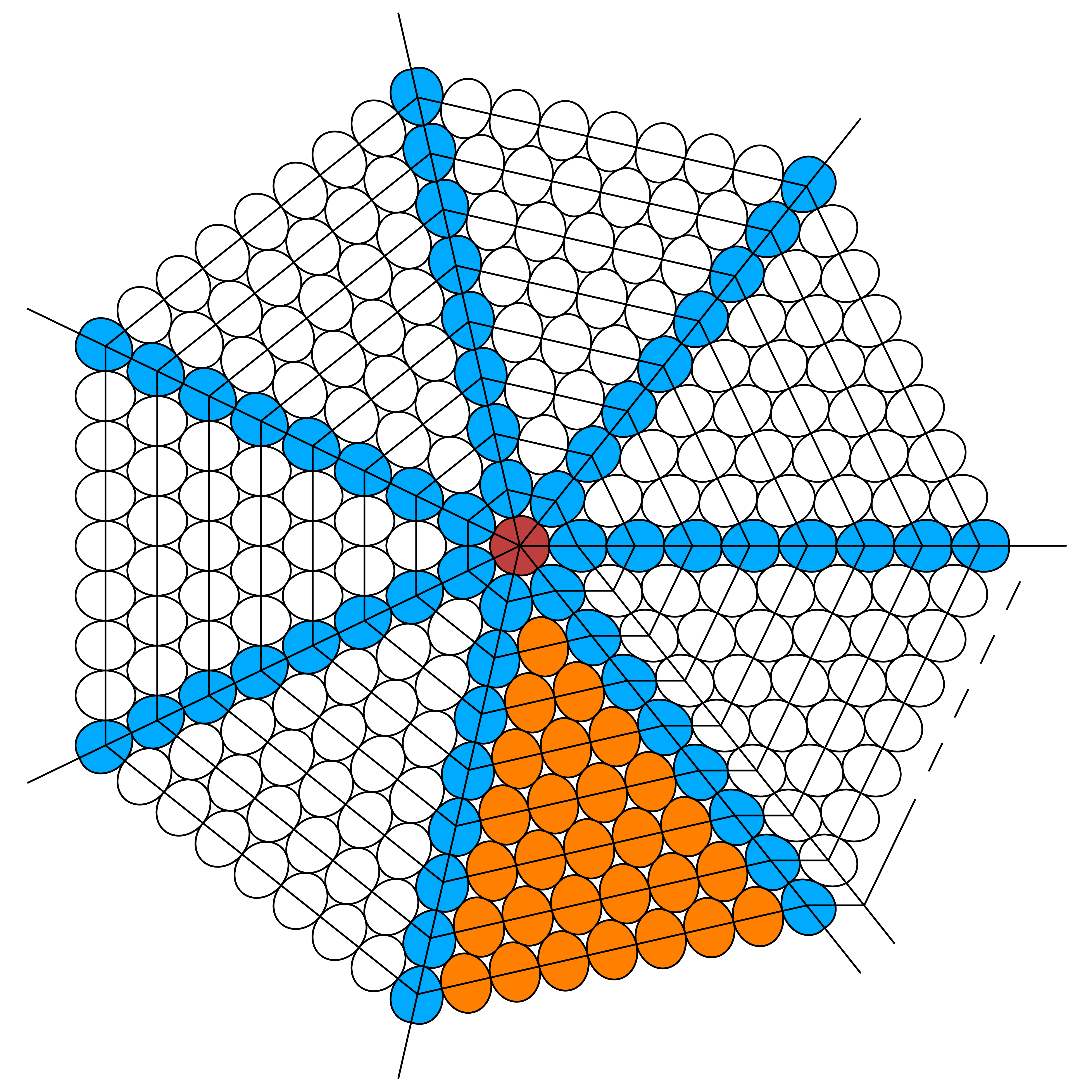 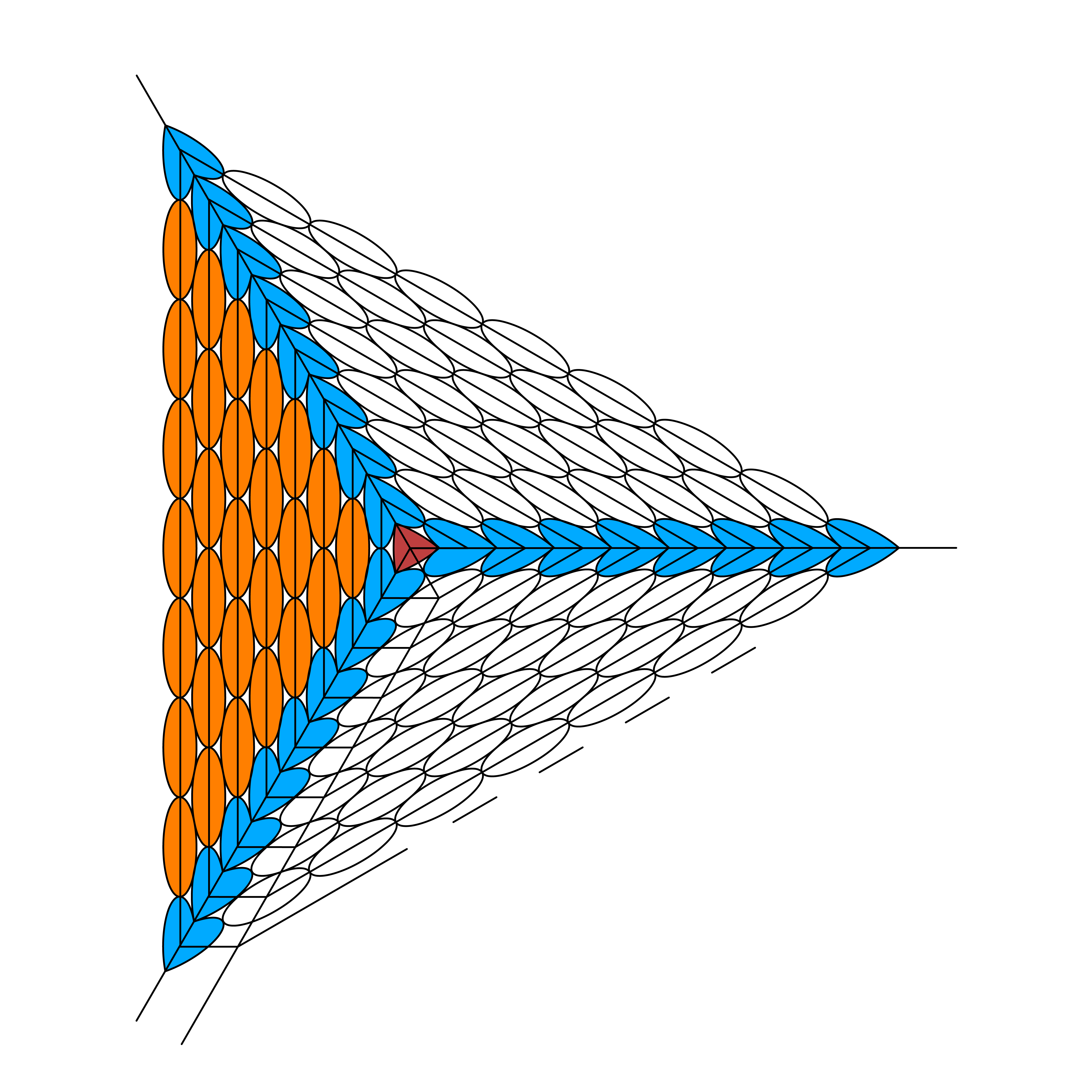 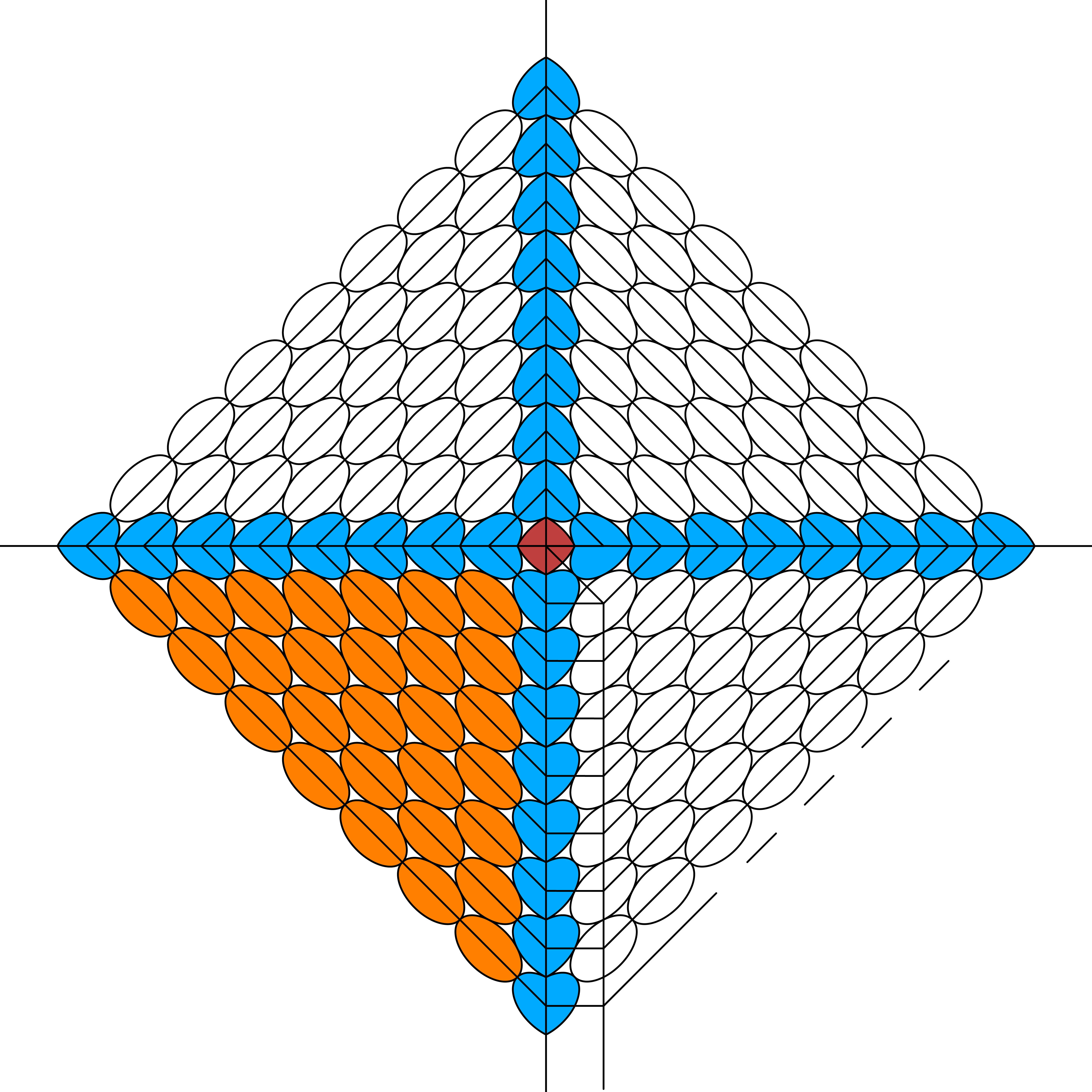 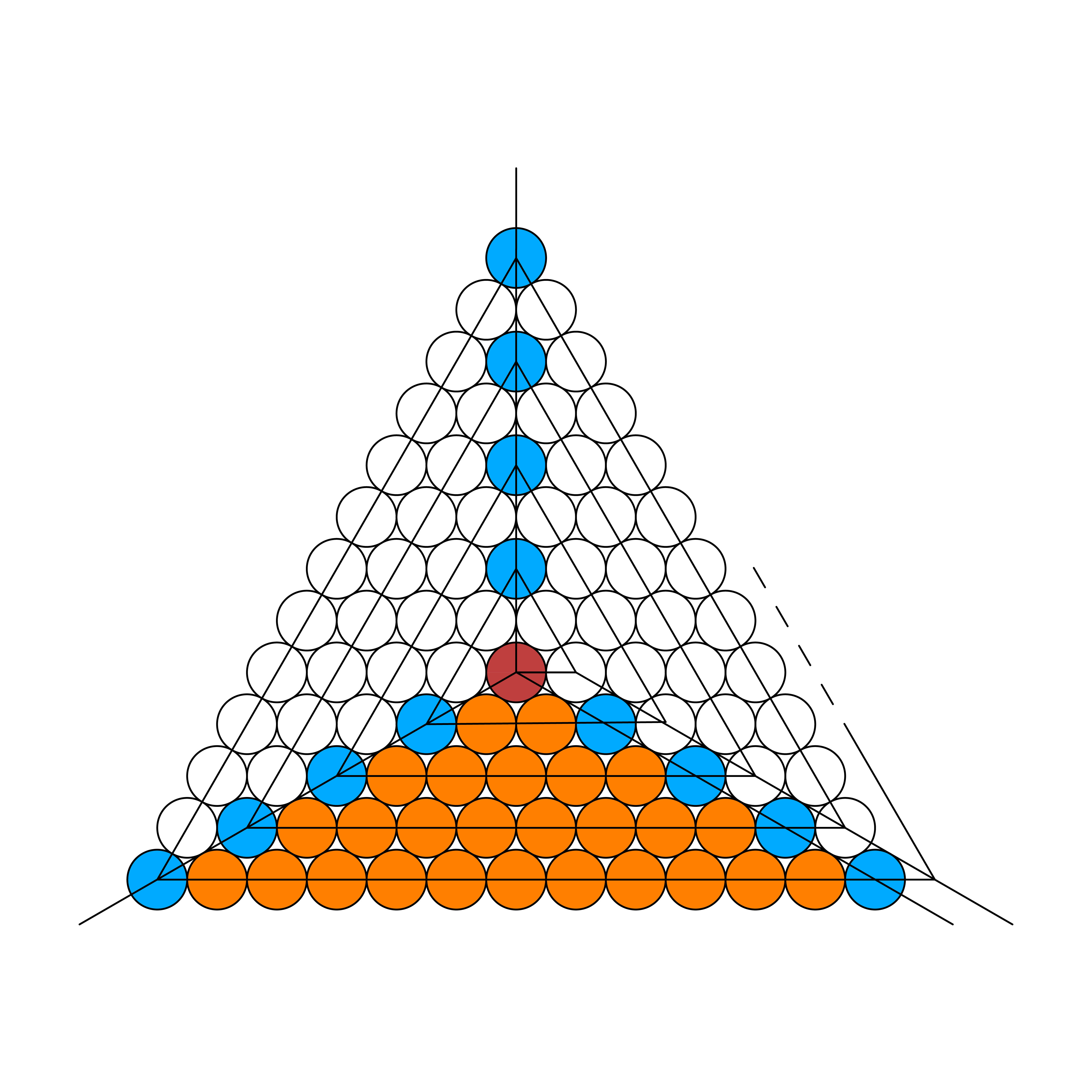 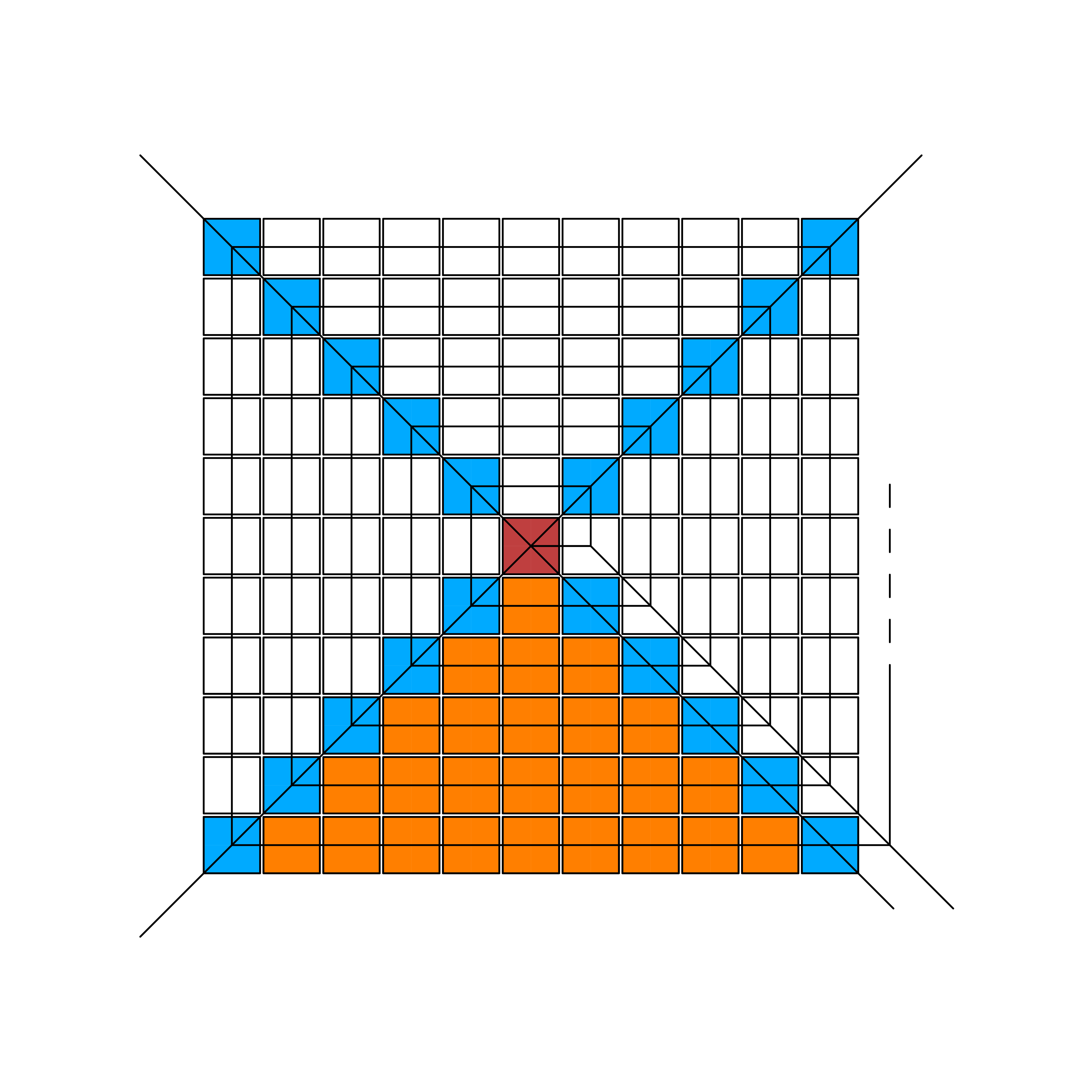 Each of the 5 polygons shown in Fig. -1 have a
superficial similarity to a sunshade or an umbrella,
with “spokes” color-coded blue extending to
all the corners and a numbers-field “fabric”
affixed to the spokes.
Between adjacent spokes that fabric is like a “web”
connecting these spokes to each other;
a typical web is color-coded orange in each of the polygons.
The centers of the polygons are color coded brown.

The spirals shown in these polygons
have the initial increment from origin to next number
pointing towards a corner of the polygon.

On account of all of the above
comparisons between numbers arrays
on these spirals can be legitimately be drawn.

The polygons and associated spirals per Fig. -2 are

non-compliant with the modes of construction

In these polygons the spokes do not form

a tight ring around the center and thus

they don’t form a barrier between

the webs and the center of the polygon.

The spokes are discontinuous, having interruptions.

In both these polygons:

The webs are not composed as a

With each of the spirals in these polygons:

The initial increment from origin to next number is

pointing towards a side of the polygon.

To see each of the spirals per Fig. -1 click on “Polygonal Spirals”.
To see the triangular spiral per Fig. -2 click on “Triangular Spiral”.