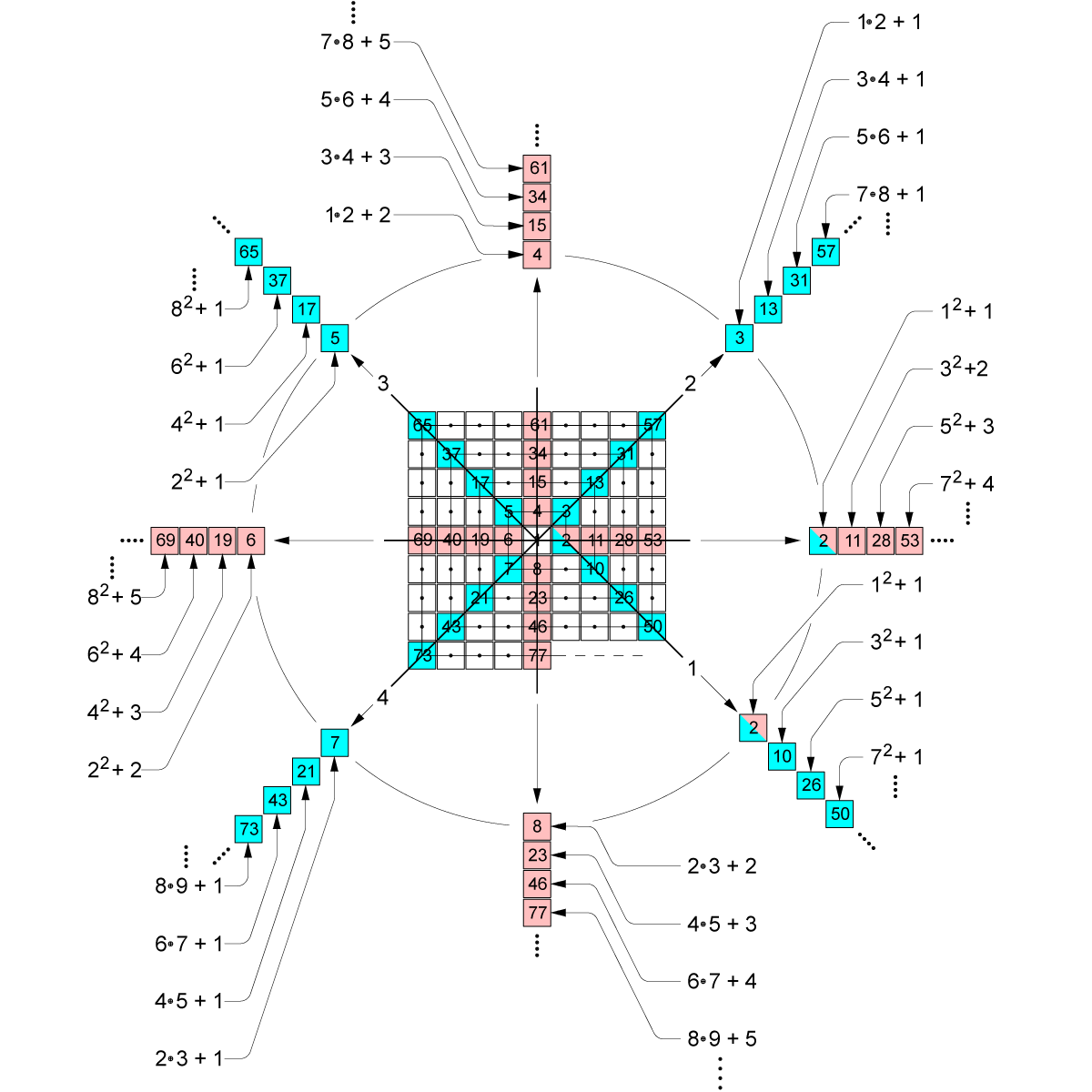 Ulam Spiral with
origin at 1. 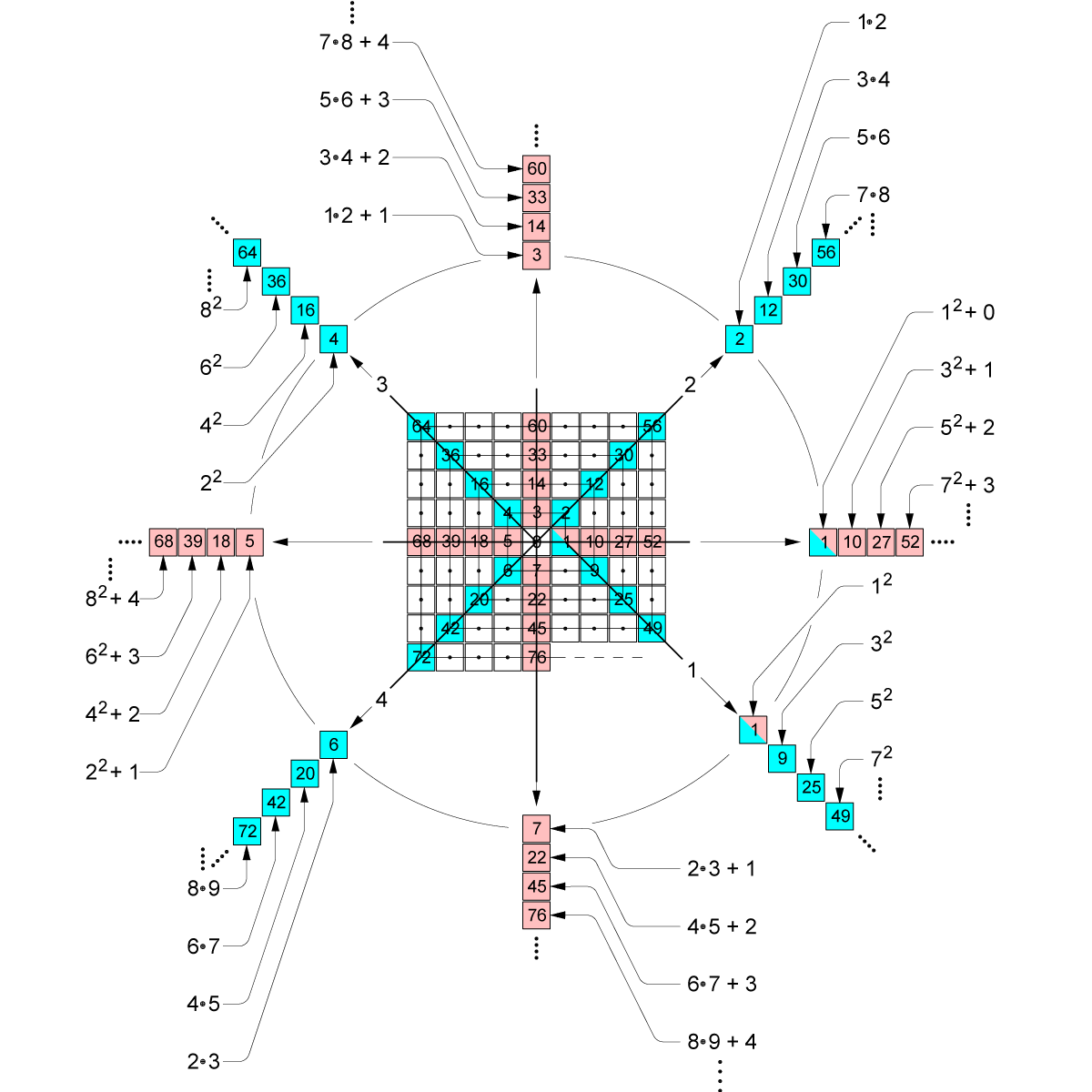 Ulam Spiral with
origin at 0.

Along each of the
8 cardinal directions on both spirals
starting at the origin of the spiral
a series of 4 numbers are shown.
Also shown: the respective
formulations generating these numbers.

thus greater simplicity and clarity is obtained by
having “0” as the spiral origin.